Miramont Rock - Viewpoint and its indicator

At an altitude of 552m, a 360-degree view over the Ségala, the wooded valleys of the Viaur River & its tributaries... that will guide your look up to the Pyrénées in clear weather!

A strategic spot for Humans for millenia...

The Rock is at the heart of a huge celtic oppidum - dated back to the 2nd century BC - and built by the Rutènes, major people belonging to the free Gaul and allied to the all-powerful Arvernes. This oppidum is around 2000m long, and 1000m wide as a maximum. This dominant spot with steep slopes had control over the area, precisely where the Viaur and Ceor valleys meet.

Its location helped it become the settlement of one of the 12 baronies in the Rouergue during the Middle Age, with its castle - it still existed in early 15th century. It was protected by an outpost : a dungeon in the village of La Tour. During the Hundred Years' War, the castle fell into the hands of the routiers ("itinerant men") who stayed there for some years after the English were expeled.

Near the castle, it is said that was settled a town called "Sorrasis", supposedly destroyed by the English. 103 inhabitants would have survived the massacre and founded the village of Centrès - 103 in Occitan language -, today the district town.

They were big fortified settlements, with ramparts and ditches, spread over several dozens of hectares, and established in high natural spots. They are known to have played politic, economic and religious roles, more than a defensive function.

Walk addict(s)? Here is a complete trail around the Rock you can walk : Randonnée du Roc de Miramont (text in French). Ideal if you want to have a better idea of the 100 valleys!

How to go there? From Naucelle Gare, take D10 road towards Réquista, drive for 7.5km on that picturesque road. Then, turn right and go on a small road for 700m towards the Rock. Parc next to the path that will allow you to walk up to the summit.

Go on exploring the Centrès District by visiting the village of Taurines. 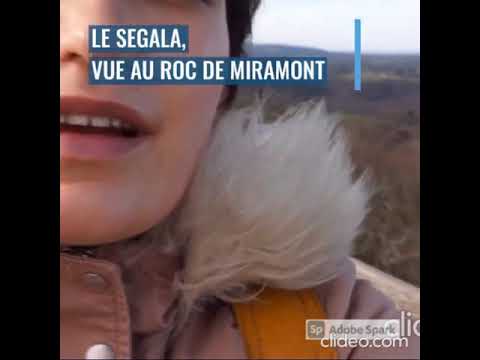